The U.S.’ Reconstruction Era following the Civil War (1860-1865) is a historical quandary; black Americans experienced freedom from enslavement, opportunities for economic and social growth, but white insecurity over this freedom saw the development of de facto and de jure Jim Crowism, creation of the KKK and start of a new chapter in the nation’s painful and complicated race relations. So many opportunities opened and explored, yet so much violence and hate; it is easy to understand why there is much debate over this important, but melancholy era in American history. The social and cultural atmosphere of the era was abuzz with excitement tinged with fears and memories of violence, and at the center of it all, at least for a while, was Tennessee’s General Assembly. 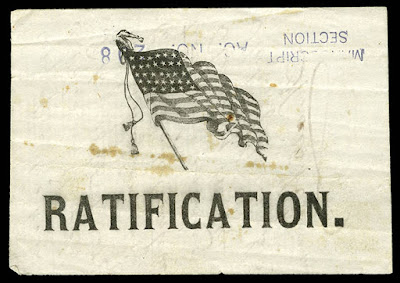 Horace H. Harrison used this ticket to vote for the abolition of slavery Feb. 22, 1865. A handwritten note on the back reads: "Copy of a ticket I voted on the 22nd of Febry 1865 to ratify the amendment to the state constitution abolishing slavery in the State of Tennessee. Horace H. Harrison."
Joseph Branch O’Bryan Papers, Tennessee State Library and Archives


After abolishing slavery, by adopting the 13th Amendment to the United States Constitution, Tennessee’s state legislature set the stage, both locally and nationally, for the Reconstruction Era following the Civil War. State Congressional sessions are quite common-place, yet few maintain the historical gravity of Tennessee’s 34th General Assembly. To begin there are two distinct 34th General Assemblies in Tennessee, the 34th Assembly under Confederate rule (1861-1862) and another one, stemming from the first postwar elections in 1865, under Union control. 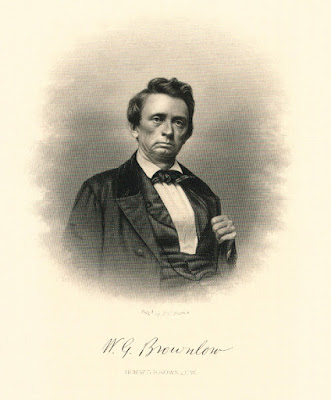 
Governor Brownlow called multiple special sessions from 1866-1867, one in July 1866 to ratify the 14th Amendment to the United States Constitution making Tennessee eligible for readmittance to the Union, well before the rest of the former Confederate states. The 14th Amendment redefined citizenship, included the Equal Protection Clause - that no state shall deny equal protection of the laws to its citizens, applied the Due Process Clause to states - granting equal legal process to all citizens, and included a now-dormant Privileges or Immunities Clause - preventing states from making and enforcing laws which abridge the privileges and/or immunities of citizens of the United States. However, issues arose when so few Representatives showed up that quorum was not reached and the Senate adjourned until attendance minimums were met. It also helped that before adjourning, the Senate gave the OK to Governor Brownlow to issue arrest warrants for absent Representatives. After reaching a quorum, the General Assembly passed the 14th Amendment to the Constitution and dismissed July 24, 1866; just in time to be recognized by the federal Congressional session which opened July 26, 1866. 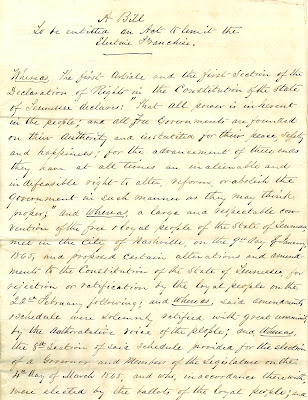 Another significant issue facing Tennessee’s 34th Union General Assembly was the matter of dismantling the Confederate political machinery, namely through the passage of franchise law amendments, attempts to “grant voting privileges to some and remove it from others.” While the wording is vague, it seems the intent of the General Assembly was to grant black male Tennesseans the right to vote, while denying the voting privileges of those who supported and fought for the Confederate States of America. There are two-years of materials in our Legislative Records Collection (known as RG60) from this state legislature concerning the right to vote - known as the elective franchise. The first, a bill from the 34th Union Assembly in 1865 which limited the vote to loyal citizens; to the last, a resolution in 1867 still tweaking the verbiage of the new voting laws. Toward the end of the third session, a four-part resolution was passed that faced little challenge in remaining weeks. House Joint Resolution 349 took a four-step approach to ensuring black males were allowed to vote and hold office in Tennessee. HJR349 eliminated the word “white” from the voting sections and changed other discriminatory sections of the state constitution, struck the state’s Franchise Law, and forced the refinement and publication of the new Constitution, this one featuring voting rights for African-American men, two years before federal Franchise Laws. 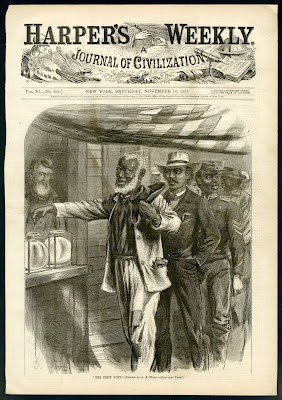 An illustration from the Nov. 16, 1867, edition of Harper’s Weekly depicting a queue of African-American men waiting to cast their vote while the first man is voting.
Manuscripts Oversize Files, Tennessee State Library and Archives


Foreshadowing some of the violence that would continue well-after Reconstruction, there was a murder during the winter break of the 34th Assembly. Hon. Dr. Almon Case, Senator from Obion Co., was shot in the road outside of his home in the middle of January 1867. Still grieving the murder of his son a few days prior, Case was shot and killed by Frank Ferris, Confederate loyalist. Newspapers of the day highlighted the growing split between Unionists and those still loyal to the Confederate cause; the Nashville Press & Times focused on Cases’ Unionist reputation as motivation for murder, while the Conservative (i.e., Confederate-loyal) Memphis Daily Avalanche cited Farris’ motivation was retaliation for the death of his brother during the war. Either way, it was clear, the emotions, pain, and violence of the war would continue. Ironically, before his death, Dr. Case pushed the state for universal amnesty and enfranchisement and had helped the Ferris family before the war.

Senate Resolution 20, Jan. 24, 1867: “we have heard with deep regret of the untimely death of the Hon. Almon Case, a Member of this Body, Therefore Be it Resolved by the Senate that a Committee of three be appointed by the Speaker of the Senate to draft Suitable Resolutions expressive of our high regard for the Deceased and Sympathy with his family.”
Record Group 60, Tennessee State Legislative Records, Tennessee State Library and Archives


Rarely does one session of a state Congress get to handle so many hot-button topics, but when the impetus is to reunite a nation and reorganize a state, there are no topics too controversial or too challenging to be faced. The whole focus of Tennessee’s 34th General Assembly was to re-establish a functional, working government that sought to create freedoms for its people. If you are interested in researching legislation from the 34th General Assembly, check out our online index here: http://tnsos.net/TSLA/rg60/

The Tennessee State Library and Archives is a division of the Office of Tennessee Secretary of State Tre Hargett
http://tslablog.blogspot.com/2018/02/tennessee-state-legislative-records.html